Finding founders: read the stories of some of the entrepreneurs we've invested in.

The quality of management teams is an important investment criterion for us. We need to have confidence in the capabilities of the founders and leaders of the companies we back. But we also need to feel a strong affinity with them, so that we know we can work together intensively, even when things get tough.

Below, we introduce you to a few of the entrepreneurs we are lucky enough to work with. 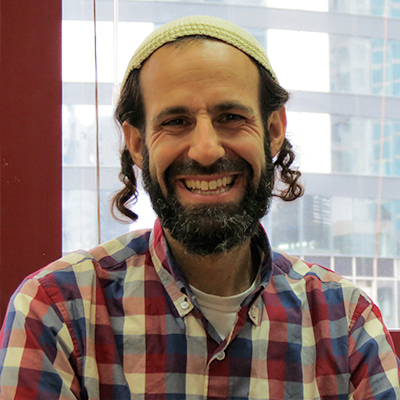 Born and raised in New York City, Jonathan’s first foray into the tech world was in the mid-1990s. As a postgraduate journalism student in Boulder, Colorado, he came up with an idea to use a video conferencing tool to carry out interviews with public figures.

His video project led to an approach by NBC, to help create innovative, interactive viewing experiences for the 1996 Atlanta Olympics. He stayed with the network for a further six years, running a team tasked with using novel technology to deliver ancillary content to viewers. Sports were the main focus, but they also found ways to add content to leading entertainment shows, like The Tonight Show with Jay Leno.

It wasn’t until he left NBC that Jonathan got involved with games. He joined cable TV provider Cablevision, and developed North America's first ever subscription gaming service, for the company’s new set top box. He went on to do similar work for a smaller company, which had multiple cable TV companies as clients.

Fast-forward to 2016, and Jonathan started PlayWorks, which he sees as an amalgamation of his past experiences. The company is already the world’s largest provider of games played through set top boxes and connected TVs. PlayWorks also creates games for the Facebook Instant messaging network, and recently has branched out into creating bespoke video channels for creators and influencers – the new breed of TV star.

Jonathan first met Vala founder Jasper Smith around 20 years ago, and the pair have kept in touch over the years.

When PlayWorks was being set up, Jonathan says it felt natural to work with Jasper.

“Jasper has such a deep understanding of both the TV industry and the games sector. There aren’t many people out there with that experience, but he has it. So it’s a perfect fit for our company. He provides incredible guidance and support as we try to shape our business in this exciting space.” 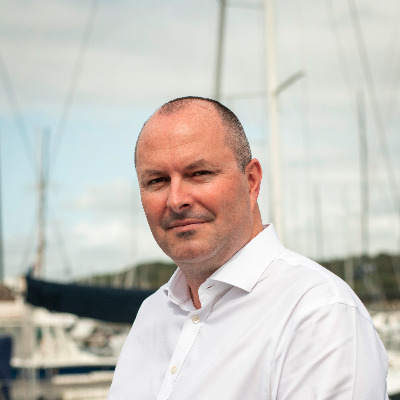 When yacht builder Arksen recruited Ewan, they would have struggled to find a more qualified or passionate candidate. Ewan’s life and career has revolved around sailing and boating. He caught the bug as a young boy, sailing off the West Coast of Scotland, and went on to study naval architecture and yacht design at the University of Southampton.

After graduation, he joined a sailing training company as operations director, running three traditional sailing boats used to provide charter holidays and sailing courses. He left that job to skipper a boat in the 2005/06 Clipper round the world race, before working as a captain on private sailing yachts.

Eventually he came ashore, spending three years as a naval architect and surveyor for a marine consultancy, before moving to the yacht builder Oyster where he project managed the development of new vessels.

Ewan was drawn to Arksen by the fact that it isn’t just building beautiful boats. The company wants to change the experience of owning a yacht, helping owners to have truly unique, adventurous experiences. Arksen is also committed to making a difference to marine conservation and education projects all over the world.

The working relationship between Vala and Arksen is, according to Ewan, an interesting and productive dynamic. He explains,

“The marine industry can be quite conservative in some ways. The combination of the Arksen team’s industry experience with Jasper’s disruptive tech background puts us in a good position to change how things are done and fulfil our vision for the business.” 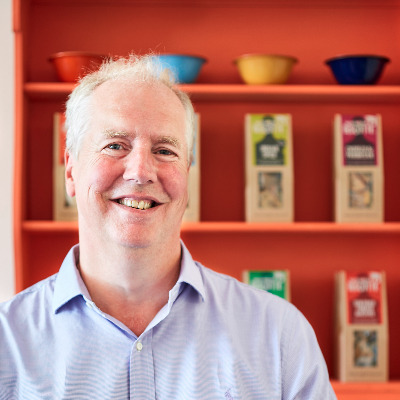 For Paul, the Great British Biscotti Company is a classic case of being in the right place at the right time. The company started life as the New Forest Biscotti Company, run from a home kitchen and selling biscuits at local markets. Its original founder was short on time and looking to step back from the business. And Paul, who had met her through a mutual friend, happened to be looking for something new to get stuck into.

Paul has spent his entire working life in the food industry. As a teenager, he left school halfway through his A Levels and went to live in the French alps, because he loved to ski. To make ends meet, he took a job with a food manufacturer, helping with their export business. When he returned to the UK, he worked for a coffee trader, setting up a packing plant in Derbyshire and selling to supermarkets coffee imported from all over the world.

Seven years later, Paul took over his father’s trading business, which he reinvented as a food product development company. He analysed supermarket product ranges to find areas where sales revenues could be increased by improving product quality or bringing in new product lines. He would then travel the world to source or set up factories, to fill the niche. He continued to run the company for many years, until he took the opportunity to take over the New Forest Biscotti Company.

“Working with Vala has been an absolute joy. They’ve been endlessly supportive, and really good as mentors. Rather than it just being a company that gives us money, they come down and work with us to help us achieve our goals. It’s been a really, really positive experience.”

Quvium is a great example of a business born from a personal experience. Karen Travers’ daughter has asthma and would regularly have respiratory problems so severe that she would end up in hospital. One night, a nurse suggested to Karen that she should listen out for a tell-tale cough that can provide an early warning of a severe attack, then intervene pre-emptively with a nebuliser. The problem was, Karen worked full-time, and she might not be around when those first coughs were happening.

This gave Karen the idea for a wearable medical device that could help prevent severe respiratory attacks, by analysing cough patterns and alerting the wearer (or a parent) when medicine should be taken.

Of course, not everyone could have got this business idea off the ground. It helped that Karen was already a highly experienced pharmaceutical executive, specialising in using technology to solve medical problems. Before starting Quvium, she worked at Vertex Pharmaceuticals, a Boston-based company whose products included a cure for Hepatitis C and a Cystic Fibrosis treatment that could add 40 years of life expectancy.

It’s at Vertex where Karen met Steve, who became her co-founder at Quvium. Steve is a medicinal chemist who has worked at several different pharmaceutical and medical device companies over the years, including Abbott Laboratories.

Karen and Steve are now working on getting their device through the trials and quality tests needed before it can be marketed. As far as possible, trials are being funded through grants and collaborations with medical researchers, to avoid unnecessary dilution to shareholders. Their strategy now focuses on Chronic Obstructive Pulmonary Disease (COPD), a condition where analysing coughs can also detect and help prevent hospitalisation or death. In the UK, around 30,000 people die of COPD every year.

Karen is based full-time in Boston, whilst Steve splits his time between the UK and Boston where his family, including seven grandchildren, live.

Video: In conversation with Jasper Smith and Jonathan Boltax

Video: In conversation with Paddy Willis and Paul Rostand

The hidden human cost of Covid-19